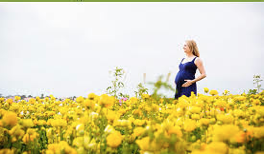 As we move toward commemorating Earth Day on April 22, it is interesting to note that it has been determined that there are approximately 400,000 types of flowering plant species canvassing the earth today. The Convention on Biological Diversity comprised of 193 members scoured over 600,000 plant names to refine the vast number of plant species listings into a singular master list. This was a 3-year process that was initiated at their 2002 Convention.

Over 125 million years ago, the very first flower thrived in freshwater lakes quite possibly nibbled on by the Brachiosaurus and Iguanodon Dinosaurs sharing the land at that point in our earth’s history. The “Montesechia Vidalii” as it is referred to has been determined to be the first Angiosperm, flowering plant, to exist. It’s discovery has occurred in Central and Northern Spain amongst what is now the mountainous regions of that country.

Lead Scientist, Professor David Dilcher of Indiana University has stated, “There’s still much to be discovered about how a few early species of seed-bearing plants eventually gave rise to the enormous, and beautiful, variety of flowers that now populate nearly every environment on Earth.”

The Flower Fields at Carlsbad® Ranch boast of nearly 50 acres of spectacular Giant Tecolote Ranunculus flowers brightening the hillside they emerge from with unbelievably vibrant colors as they reflect off of the Pacific Ocean in a symphony of natural magnificence. This breathless sight seemingly glorifying the arrival of Spring and rebirth has become an aspect of San Diego’s local heritage for over sixty years. The flowers are reaching their peak bloom right now and the fields are open until Mothers Day on May 14th.

Out of the 365 chosen days in the year, it seems fitting that the culmination of the Flower Fields would rest yearly upon the commencement of Mother’s Day. Within the United States, Mother’s Day will be 103 years strong in 2017. According to Wesleyan Antolini in her Ph.D. dissertation, the founder of Mother’s Day, Anna Jarvis, began a lifelong commitment to promote, “…a day where you’d go home to spend time with your mother and thank her for all that she did,” by organizing the first Mother’s Day Observance in 1908 inspired by her own Mother’s death in 1905.

In it infancy, Mother’s Day traditions can be traced to ancient Greece and date as far back as the 1600’s. Throughout time, the radiant colors and stimulating fragrances flowers provide have been interlaced into the centuries of honor and celebration. O.C.’s Hair Police encourages you to pile the kids into the car and day trip to the Flower Fields. As you immerse you and your family within the awe-inspiring splendor of Mother Nature on display, we would like to offer the following thoughts.

“…flowering plants,…account for much more biomass than terrestrial animals and provide the structural canvass of the vast majority of land based eco-systems.” per Nick Fleming online, BBC-Earth.

Much like the radiant flower, so too shines the beauty and power of each and every Mother within the balance of nature and her profound relevance therein. In saying this, O.C.’s Hair Police believes it only appropriate then to memorialize in flowers that which mirrors proportional distinction in magnitude.

For those Mother’s that immerse themselves and their families within the living masterpiece of flora alongside the Carlsbad hillside, may you embrace your importance within as you glance upward toward Mother Earth speaking through the Flower Fields as their brilliance in virtue emulates your very own profound impression amongst us. Enjoy!FLOWER FIELDS