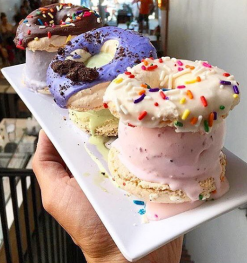 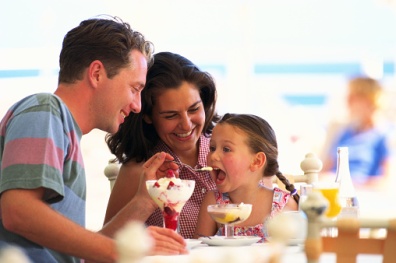 As September becomes our norm, the vast majority of school-aged children will have entered back into another year of school. For many parents, this is a relief. The actual student, however, most likely does not share in this exaltation. To soften yet another pendulum swing in a families lifestyle from lazy days of summer to a return to alarm clocks and dressing for the day in the gray mist of dawn, O.C.’s Hair Police suggests a family excursion to one of the many O.C.’s Ice Cream and Confectioner Parlors!

America has a rich history of the consumption of ice cream. The first evidence of ice cream in the U.S. was documented in a letter by a guest of Maryland Governor William Bladen in 1744. President Thomas Jefferson’s vanilla ice cream recipe has been compared to a modern-day Baked Alaska. At the second inaugural banquet for President Madison in 1831, Dolly Madison served a delectable strawberry ice cream creation. Jacob Fussell, a Baltimore Milk Dealer, pioneered the manufacturing of ice cream in the U.S. in the year 1851 after the development of insulated ice houses. From that moment on, ice cream transitioned from being an elitist delicatessen to becoming a mainstream staple throughout our great nation. 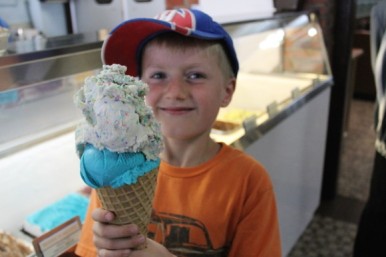 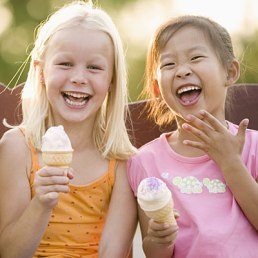 After 30 years of a fairly constant production of ice cream, specialty ice cream and confectioner parlors began to surge once more and have continued to do so since the 1970’s. While ice cream tantalizes the taste buds, it also generates a common bond of delight in the mixture of flavors consumed that instantaneously cause one to want to share with others in the discovery! Life slows and our troubles are forgotten with each mouthful while we cling to the exhilaration of a communal ice cream moment. 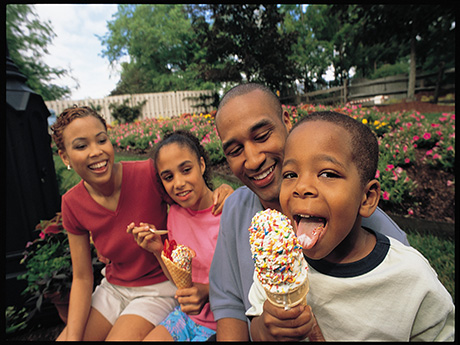 For parents and kids alike, an exploration to the modern day “Soda Fountain” may be the perfect remedy to assist in easing back into the realities of this “school days are here again” time of year. O.C.’s Hair Police offers the following establishments to get you started. We most certainly hope that you and your family try more than just one of our suggestions!!

Fun Facts of the Origin of Ice Cream: Evidence of ice cream dates as far back as the second century, B.C. when Alexander the Great was known to be fond of honey and nectar flavored ice and snow. King Solomon quite possibly would be a Juice Bar regular today as it has been referenced he enjoyed iced drinks during harvesting. Runners regularly went to the mountains to retrieve snow for Nero Claudius Caesar (A.D. 54-86) to then flavor it with fruits and juices during the Roman Empire.

Derivatives of ice cream circulated through Europe when Marco Polo returned to Italy with a recipe similar to today’s “sherbet” from the Middle East. England at the same time was seemingly discovering ice cream when Charles I regularly offered “Cream ice” at his table. Paris, France was the first known country to offer ice cream to the general public in 1660 at Café Procope introduced by Sicilian Procopio. The recipe blended milk, cream, butter, and eggs. Seemingly, throughout the ages a scoop of ice cream has served up drips of happiness. May this universal truth continue for you and your family as you find your very own drips of happiness in each and every scoop as well!

American Treasures of the Library of Congress 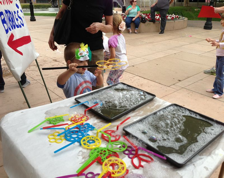 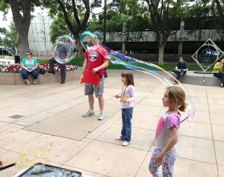 “…a simple and totally awesome outdoor activity…Fill your yard, the beach, a park, a campground, or anywhere outdoors with giant, almost unpoppable, BUBBLES!!” Chelsea Rector

Balboa Island Native and current UCR Masters Student, Chelsea Rector, exclaims with a smile that, “Bubbles are incredibly colorful! They are able to illuminate any backdrop with an unpredictable canvas of ever changing hues based on the angle of the rays of light touching down upon the bubble as it emerges. Seemingly the bubble comes alive while creating its very own exclusive shape to not be repeated in exact formation really ever again. Fascinating!!”

Chelsea, while a Fellow at the Culver Center of the Arts, completed a bubble study as a part of her Fellowship at the Center. She also has a Masters Degree (MFA) in Visual Arts from UCR. For your best bubble results, she recommends the Beeboo Big Bubbles Kit and the Pro Bubble Juice both found on Amazon at a reasonable price. The Pro Bubble Juice works well with standard size bubble wands also. Chelsea strongly urges our readers to buy the Pro Bubble Juice by the “…gallon, for maximum fun!”

Bubbles have been entertaining people of all ages for at least 400 years. Bubbles can reach a height of 4 meters while there is no limit on the length that they are able to extend to. Children as young as 2 years of age through their college experience are able to benefit intellectually on a conceptual basis from the formations of bubbles by simply creating and/or watching them evolve from a bucket of soapy water. Be sure to maintain a higher bubble mix than water while making your very own bubble art. Ultimately, water will succumb to gravity affecting the ability of the bubble to maintain its vitality. The bubble mix will slow this process down due to its glycerol content.

OC’s Hair Police thanks Chelsea for her comments while hoping that her direction will allow you and your family the time this summer to enjoy simple pleasures such as a little BUBBLE MANIA!Bubble History 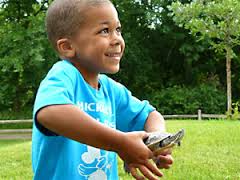 Carry It In Your All About Summer Bag…

“In summer, the song sings itself.” 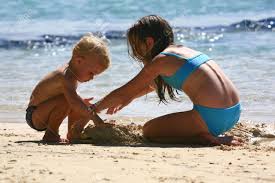 Let It Happen In A Summer Sort Of Way…

“Healing is a matter of time, but it is sometimes also a matter of opportunity.” Hippocrates 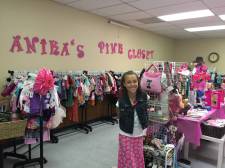 Anika Ortiz is 11 years of age.  Within these first precious years of life she has experienced tragedy on a level that one would hope to never be exposed to in a lifetime. From the depths of despair, Anika has continued to soothe her heartache through helping those that are struggling emotionally and physically also.  Anika has established a “pop-up” boutique with a portion of the proceeds being donated to low-income women and families challenged with depression, anxiety, substance abuse, domestic violence, and other difficult life altering issues.

The name of her boutique is Anika’s Pink Closet.   It is located at the Mariposa Women and Family Center on West Town and Country Road in the city of Orange.  One time per month the boutique will be open at the Center spanning over the course of one year.  Each time the boutique is open, there will be a speaker discussing topics that are relevant to young girls such as bullying and setting healthy boundaries.  Anika herself will also offer her personal fashion tips while engaging her audience with mounds of self-confidence.

Items in the boutique for purchase include clothing, accessories, toys, and other goods for girls.  Anika has cleaned her closet out as well as purchased on Craigslist to round out her initial line of product.  10% of all proceeds will be donated back to the Mariposa Women and Family Center.  Anika also encourages donations of items to be dropped off at the Center in order for her to sale.

Anika lost her sister, Alejandra Hernandez, a couple years ago to domestic violence.  Alejandra was murdered by her estranged husband, John Rand Agosta.  Agosta is currently serving 50 years to life for this horrific crime.  Maria Ortiz is Anika and Alejandra’s mother.  She had wanted to honor her daughter while reaching out to others with similar experiences.  Anika’s desire to create a boutique was the catalyst to assist those that are looking to heal.

O.C.’s Hair Police would like to honor Anika, Maria, Alejandra, and the Mariposa Women and Family Center for the enormity of their hearts and the difference they are making within their community as our current “In It To Win It” recipients.  It is the unsung heroes amongst us that are able to provide strength to those in despair so that they may shed the past for a better tomorrow.  O.C.’s Hair Police is proud to assist in this process with a donation provided to Anika’s Pink Closet as well as the Mariposa Women and Family Center.

“How beautiful a day can be when kindness touches it!” George Elliston 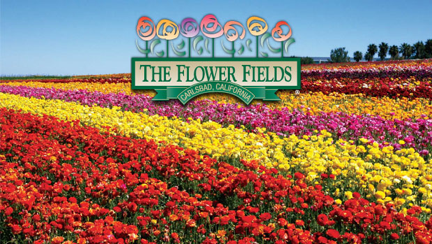 OC’s Hair Police encourages making an effort to visit the Flower Fields. It’s a place where kids can run free while the entire family is able to lose themselves in the magnificence of Mother Nature at its best. It is just really cool! The flowerbeds begin to lose their vibrancy fairly quickly after Mother’s Day so, go now!!! Let us know about your excursion should you choose to go… http://www.theflowerfields.com/

NOT ABLE TO PROVIDE YOUR PATRON

WITH THEIR HOLIDAY UPDO

BECAUSE OF BUGS IN THEIR HAIR? 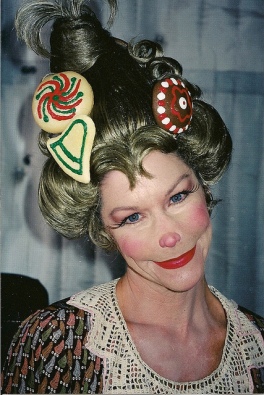 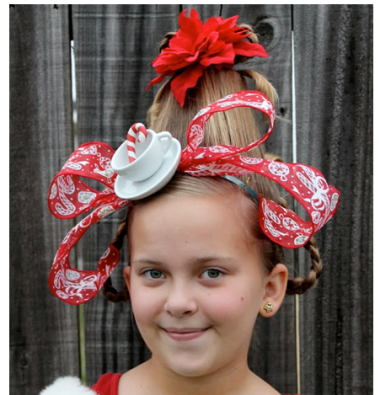 AS YOUR GUIDE TO PROVIDE BECAUSE YOU CARE!